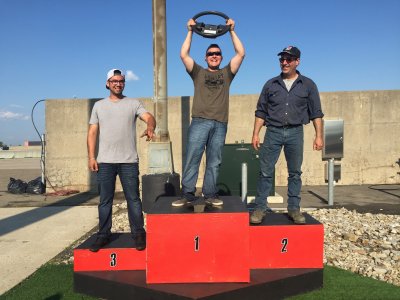 To begin the 2017 construction holidays, Acier FerFab invited its employees at the ICAR racetrack of Mirabel to participate in the first “FerFab Grand-Prix”. What a great way to let go and have fun amongst colleagues. The start of the race was delayed due to a thunderstorm. We then got our money’s worth in thrills with a completely soaked track during the qualifications. Let’s just say the level of complexity suddenly increased enough to generate many skids and crashes.

The day ended in pure fun and adrenaline with the victory of Kevin Corbeil finishing in first place, followed by Michel Marcotte coming in close second and Olivier Chartrand in third place.