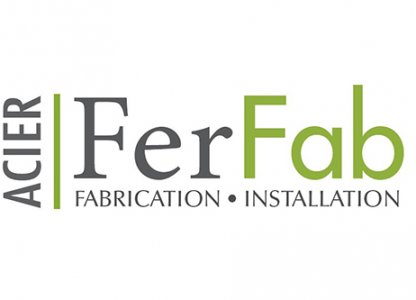 On October 6, 2016, Conrad Di Pietro along with his sister and associate Josée Di Pietro, proceeded to acquire FerFab Inc. which would then on pursue operations under the new name of “Acier FerFab Inc.”. This acquisition would allow for its original founder Robert Corbeil, to take a well-deserved retirement after more than 30 years of complete devotion.

The transfer process is going well with Josée as vice-president of finances while Robert Corbeil remains on board until his replacement can be found. It is only three months later that Guy Rochefort enters as the third partner of Acier Fer Fab. Guy joins the management team as vice-president of operations and replaces Robert to manage operations.

Many internal changes then occur to re-structure the company and to update it to recent technologies. The president Conrad Di Pietro, not directly involved with day-to-day routine operations, remains however very active in the background to support his associates and to assume general management of the company.